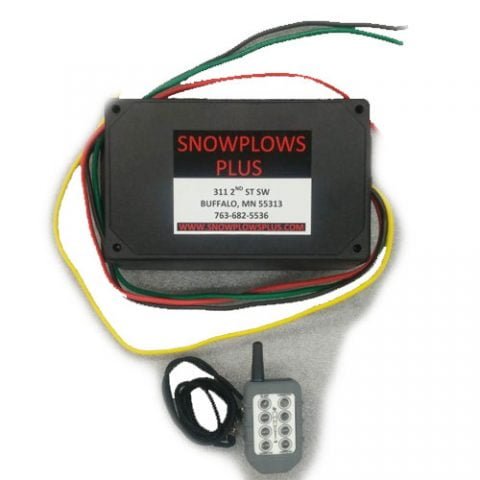 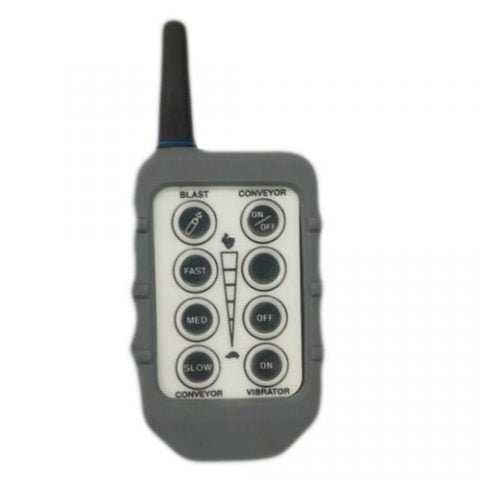 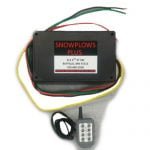 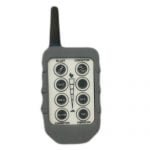 Take your salt spreader to the next level.

The 625DC is a universal salt spreader wireless conversion kit for single motor variable speed control with an extra latching on/off function to operate another apparatus such as vibrate, light, or any aux function. Comes with 24′ power ground wiring, dust caps, sealtite connectors quick connect Anderson plugs and complete instructions. This is the only wireless controller kit on the market for those of you with a salt spreader which is powered by a single DC electric motor.

Our Wireless Controller works on both tailgate spreaders as well as Hopper Box spreaders. Functions found on the wireless controller include 3 variable speeds, power on and off, and auxiliary functions which can control your vibrator (if you have one), aux lights or any other accessory you may have which requires 12V power (If no accessory, you’d simply not use that wire/function when installing). Super easy to install and they will last longer than your OEM wired spreader assembly.  Be sure to check out our wireless controller for gas spreaders, as well as our dual motor spreader wireless controller kits if you don’t have a single DC electric spreader.

NOTE: This is not the entire kit. You need power/ground harness from truck battery to back of truck, anderson plugs, and connectors for wiring. We sell the 625DCKIT which comes with everything you need to make the switch. This wireless controller setup is for those that would rather buy their wiring and connectors elsewhere or already have them.

This is a part which isn't stocked on hand and will be a direct factory order. Expect 2-4 weeks additional shipping time and/or delays. due to higher than normal demand. This is the wireless transmitter/receiver only. For the complete conversion kit including wiring, connectors, plugs, check our 625DCKIT.

Buy this 625DC and quickly benefit your company with wireless controllers on your salt spreaders. Move your single DC motor Tailgate Salt Spreader from truck to truck by wiring your other trucks with a power and ground wire and move your spreader throughout the night as needed if a truck goes down or a simple shift change. This wireless controller and wireless receiver can take a beating and has been tested in the harshest Minnesota Winter weather and can be used anywhere including in ice, snow, sleet, rain or severe cold. The Wireless Receiver is 100% weather podded and covered by a 1-year warranty along with dedicated customer service in case you ever need help installing, repairing, or troubleshooting any of our wireless remote control systems.

Wireless salt spreader controller for Western spreaders, Boss, Fisher, SaltDogg, Blizzard, Meyer, Swenson, Sno-Ex, Sno-Way or Hiniker salt spreaders,, as well as any other single electric 12v motor applications or spreader models,, will save you money, time, and overall efficiency as soon as you make the switch. The wireless controller saves you from hard-wiring a controller and all of its wiring harnesses, approx $800 for the OEM wiring and controller and allows you to transfer the unit easily to other trucks that are set up with the needed power and ground cables. We carry a wide variety of wireless controls for the snow industry and hundreds of other dc applications. Built by us in America. All of our controllers are industrial use controllers. 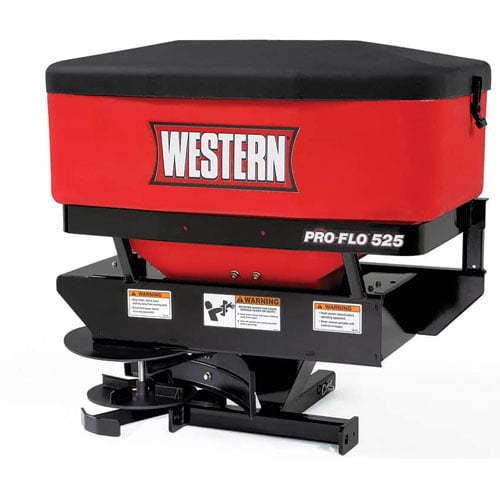 Normally, you wouldn’t be able to use your salt spreader on multiple vehicles throughout the work night unless you have an extra OEM controller and all the wiring harnesses and components that make up your salt spreader. With the 625DC wireless controller, all you need is an 8 gauge power/ground wire going from your 12V battery under your truck hood, to the back of your truck. From there, feel free to move your salt spreader from truck to truck with ease. Plug in your salt spreader wireless kit to the Power/Ground Anderson Plug Quick Disconnects and away you go. 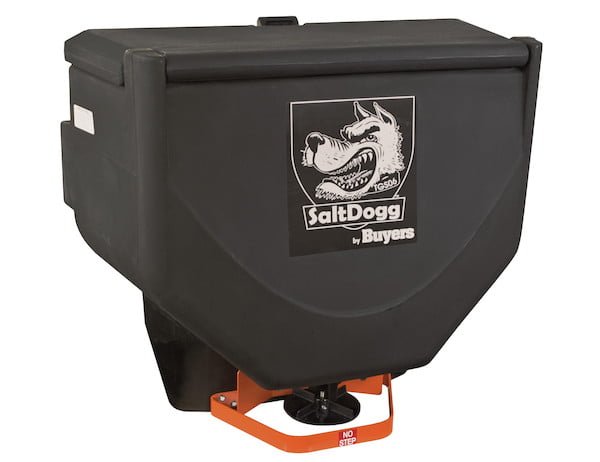